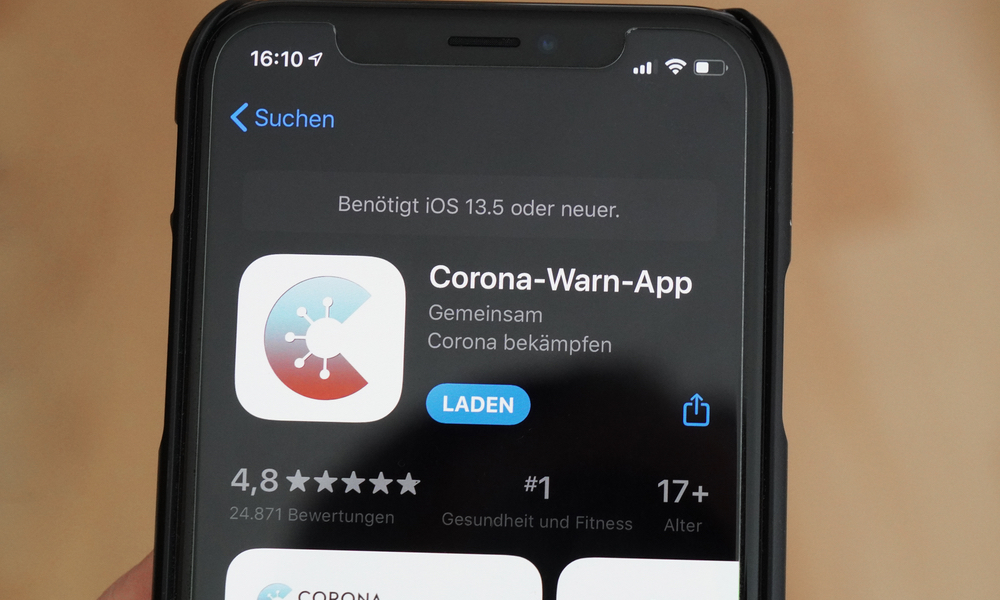 Despite vocal opposition from some countries to the contact tracing and exposure notification APIs that Apple and Google have jointly developed, most government and public health agencies who have gotten on board with the Apple-Google approach are finding their contact tracing apps getting an overwhelmingly positive reception.

Earlier this year, Apple and Google announced a landmark partnership to build a framework that would allow both iPhone and Android smartphones to privately and anonymously collect data in the background on which other phones they came into contact with to aid public health organizations around the world in their efforts to fight COVID-19 through contact tracing.

Released in iOS 13.5 as an Exposure Notification System, the solution offers some important privacy protections, although it’s ultimately just an under-the-hood system that official public health apps are able to make use of, provided they agree to the same privacy rules. In short, Apple and Google want to make sure that the new system will be used only to help stop the spread of COVID-19, and that less ethical governments won’t use it as a means for invading privacy or suppressing personal liberties — even to the point of being prohibited from using it for things like enforcing quarantine.

Despite major advantages of the Apple-Google framework — it’s baked right into iOS and Android so its always running the background and uses very little power — several countries felt that it was too restrictive. While some like Australia quietly went their own way, others like France were far more vocal, accusing Apple of being uncooperative in the fight against COVID-19.

This approach has created a mish-mash of contact tracing apps around the world, with those that have failed to get on board with the Apple-Google approach not working nearly as well as government health agencies had hoped, due to slower uptake on the part of their citizens and the fact that the apps need to be left running in the foreground almost all the time in order to collect any useful contact tracing data.

This has led many more countries to turn to Apple’s solution, since even though it doesn’t let governments collect the kind of data they may want — location data is specifically excluded, for instance — it works, and it works well.

Germany, which got on board with the Apple-Google method very early on after briefly flirting with another proposed European standard, released its first contact tracing app, Corona-Warn, to an overwhelmingly positive reception this week, announcing on Twitter that over 6.5 million people downloading it in the first 24 hours following its release.

There are well over six million reasons why the corona virus has fewer chances in the future.

While that’s still a relatively small percentage of Germany’s 83 million citizens, it’s still pretty encouraging when you consider that not everybody owns a smartphone, and of course the total population includes young children and the elderly as well.

U.K. Gets With the Program

Meanwhile, after vacillating for the past several weeks the U.K. has now thrown in the towel and admitted that Apple’s solution really is the best way to go.

Originally, the U.K. National Health Service (NHS) had stubbornly chosen to go its own way, following in France’s footsteps in insisting that it needed a centralized government database to keep track of contact tracing. However, U.K. officials were also ready to cross a bridge too far and actually collect everybody’s GPS locations as well.

Naturally, this raised some very vocal opposition from privacy advocates, and even suggestions that the NHS may be violating the U.K.’s own laws, which prohibit the government from tracking the movements of its own citizens. As a result, a few weeks ago the NHS began considering a switch to the considerably less privacy-invasive Apple-Google solution, although it appeared to still be hedging its bets.

However it now looks like U.K. officials have ditched their original plans entirely, reversing course and adopting the Apple-Google system after all — at least in principle. The BBC reports that while it’s made the decision to shift to that model, however, it may not actually have an app ready to launch until this fall, and in a rather ironic twist, that first-generation app may not even include contact tracing.

Apparently, while the U.K. wants to use Apple’s solution, it’s still not happy about it, and won’t green-light it until its deemed “fit for purpose,” although it’s unclear exactly what this means, except that the BBC has suggested the possibility that it may not ever meet the standards of U.K. Baroness Dido Harding, who is overseeing the country’s Test and Trace program.

Should Baroness Harding decide for whatever reason that the Apple-Google tech shouldn’t be rolled out, the U.K. may instead ditch the smartphone contact tracing idea entirely and consider issuing its own wearable technology to its citizens.

The U.K. and France continue to be outliers among European nations in this regard, however, with most EU countries having enthusiastically adopted the Apple-Google system. Germany, Italy, Latvia, Switzerland, Poland, and Austria, are just a few of the countries that have either already published apps using the API, or are on the cusp of doing so. In total, at least 22 countries have requested and received access to the API, also including Canada, Saudi Arabia, and several U.S. states such as Alabama, North Dakota, and South Carolina.