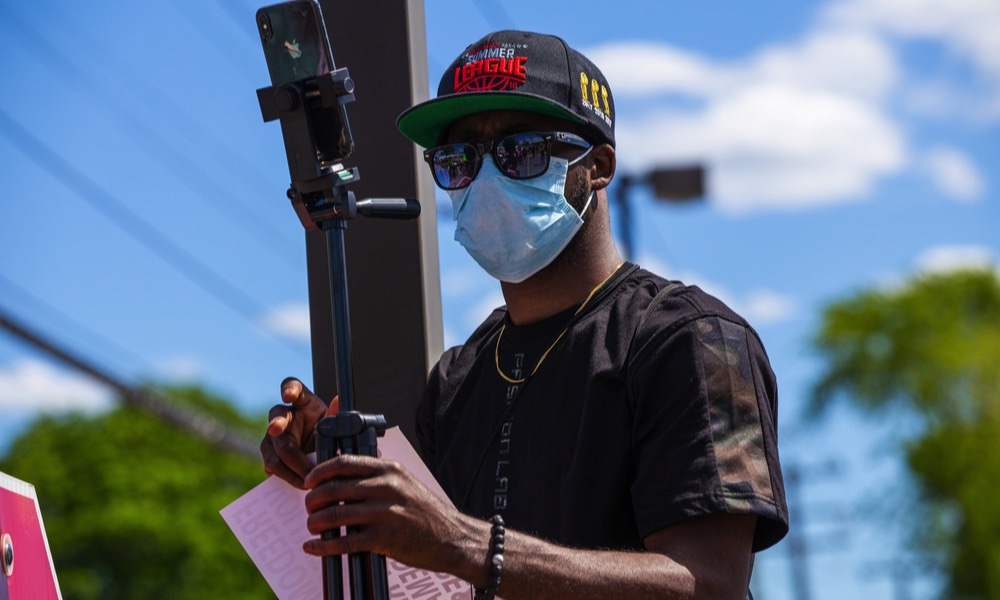 As protestors gather around the United States, in large cities and small towns, the police have taken it upon themselves to minimize potentially illegal conduct and quell conflict. Or at least that’s the intention. Report after report of officers arresting or assaulting protestors has spread across the internet, creating continual concerns about how far the police as a whole will go in order to maintain control.

One tool that officers have begun using is geofencing. Geofencing, a virtual perimeter, is usually a method of data collection where a user’s location is determined to send ads relevant to their specific location and more. For example, if a user walked by a particular restaurant, a geofence could trigger a notification providing them a coupon to engage the consumer and bring them inside. But it’s also apparently used by police for investigations.

In the past, Google has received requests from police departments to gain information about people who were in the proximity of local crimes.

However, the tool has recently been turned on protestors by the Drug Enforcement Agency, allowing departments to potentially use it to conduct surveillance on local protests and learn quite a bit about who they are and why they’re there. There isn’t much information on this just yet, but it is certainly an imminent risk for those protesting in the coming days.

Google is the primary instigator in these situations. The majority of related data is gathered through Google’s location history service, presuming users opt-in. Google stated that they have a process developed to honor legal obligations while protecting user information. For example, data cannot be gathered without a warrant.

While police have not filed requests for such an investigation yet, many anticipate it to be done in the near future. Past protests have received attention for this, such as protesters from the University of California, Berkeley having their phone numbers, and photos requested by officers.